I’ve seen a few cases of people splitting AB tests with modulo arithmetic. This isn’t the best idea, something I’ll argue in this post. I’ll also put forward an alternative to modulo arithmetic splitting, which keeps a lot of its advantages, with few of its disadvantages.

The problem with splitting with mods are:

Solving the problem with hashes

A simple way to solve this is to find another, better way to transform IDs to groups. A way that I’ve used in the past goes like this:

So, you need to ask: how random is this solution? There are a few ways to test it, but I think the neatest is to check three things:

For this, I ran the test code over 10K IDs, and checked if the proportion of test users was plausible:

We get a proportion of 0.2459, well inside the 95% CI for our expected distribution: 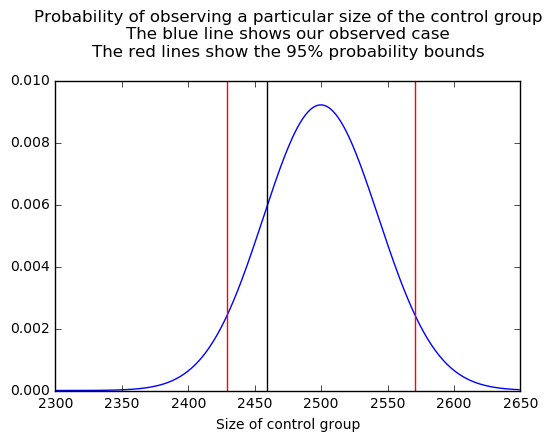 The next thing to check is that the order of the ts and cs appears random. I’ve been learning about non-parametric statistics recently, and a lot of it is based around run tests. They test the randomness of a sequence, by looking at the length of runs of values. Compare these two sequences:

While they both could be random, it seems like the second is “more random” than the first, and if you assume a random process produces the values, the run of five ts in the first is very unlikely, more unlikely than the run of length 3 in the second.

There’s a tool for testing this in the statsmodels package, stats.Runs, which returns the statistic and p-value as a tuple. We’re interested in the p-value.

The only thing left to check is the most important one: that a person’s group in one AB test has no effect on their group in another one.

For this test, I used 200 different salts, and compared the mutual information between every combination of AB tests: 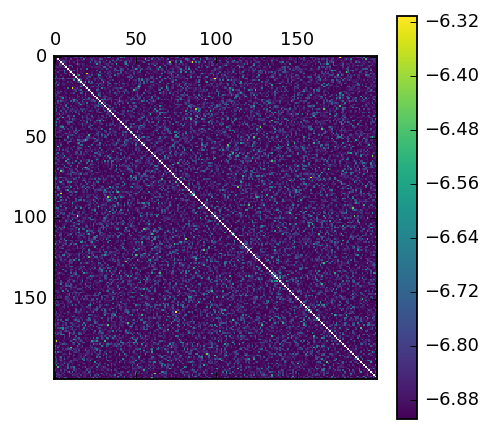 In contrast, here’s one for the naive modulo arithemetic approach: 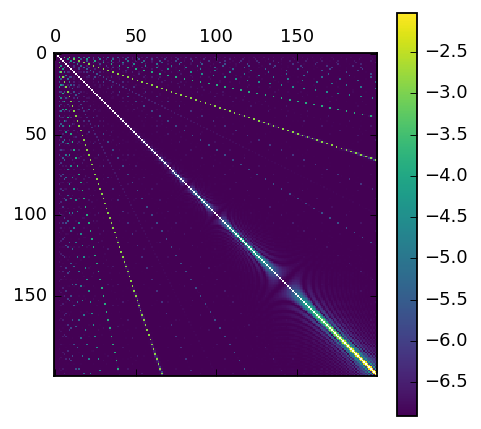 As you can see, there are heavy biases in it. You can also start to see another issue, on the diagonal in the bottom right, where large mods relative to the number of users mean there’s high overlap. Here’s three images that illustrate this effect. The first two are our 10K users (0-100 on the first line, 100-200 on the next and so on). They colored by test or control, using mods 501 and 503. As you can see, they look quite similar. Even those similarites would even out over a large number of users, for small number of users the splits are quite similar: 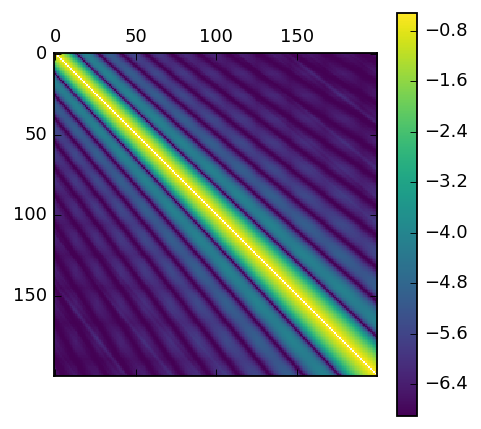 Things to look out for

When you implement this scheme, here are a few tips:

This hashing approach is nice because it keeps a lot of the advantages of the modulo appraoch, with few of the disadvantages. I hope you find it useful!